The @inline attribute is one of those obscure things in Swift - it's nowhere to be found in Apple's docs, doesn't help you write cleaner code and has no purpose but to help the compiler make optimization decisions, but it's related to a pretty important aspect of your app's performance.

In programming, function inlining is a compiler optimization technique that removes the overhead of calling certain methods by directly replacing calls to them with the method's contents, basically pretending that the method never existed in first place. This provides a great performance boost.

For example, consider the following code:

Assuming that calculateAndPrintSomething() isn't used anywhere else, it's clear that the method doesn't need to exist in the compiled binary - it's purpose is purely to make the code easier to read.

With function inlining, the Swift compiler can remove the overhead of calling an useless method by replacing it with it's contents:

Even though the compiler can make its own inlining decisions, the @inline attribute can be used in Swift to force its decision. It can be used in two ways:

@inline(__always): Signals the compiler to always inline the method, if possible.

@inline(never): Signals the compiler to never inline the method.

Now, you might be asking: When the hell is doing this a good idea?

According to the Apple engineers, the answer is basically never. Even though the attribute is available for public use and widely used in the Swift source code, it is not officially supported for public use. It was simply never meant to be publicly available, and to quote Jordan Rose: the underscores are there for a reason. Many known and unknown issues can arise if you use it.

For example, when optimizing for speed, it seems like the compiler will have a tendence to inline even methods that are not short, resulting in increased binary sizes. In this case, @inline(never) can be used to prevent the inlining of a specific widely-used-long method while still focusing on fast binaries.

Another more practical example is that you might want a method to be hidden from possible hackers for containing some sort of sensitive info, regardless if it will make your code slower or bigger. You can try to make the code harder to understand or use some obfuscation tool like SwiftShield, but @inline(__always) can achieve this without hurting your code. I've detailed this example below.

Let's pretend we have a music player in our app and some actions are premium-only. The isUserSubscribed(_:) method validates the user subscription and returns a boolean stating if the user is subscribed or not:

This works great for our code, but look what happens if I disassemble this app and search for the play(_:) method's assembly:

I can now unlock the app's entire premium content by merely finding isUserSubscribed(_:) and forcing it to return true:

In this case, likely because the method is widely used around the app, the compiler decided to not inline it. This naive decision created a security flaw that allowed the app to be quickly reverse-engineered.

Now look what happens when @inline(__always) is applied to isUserSubscribed(_:): 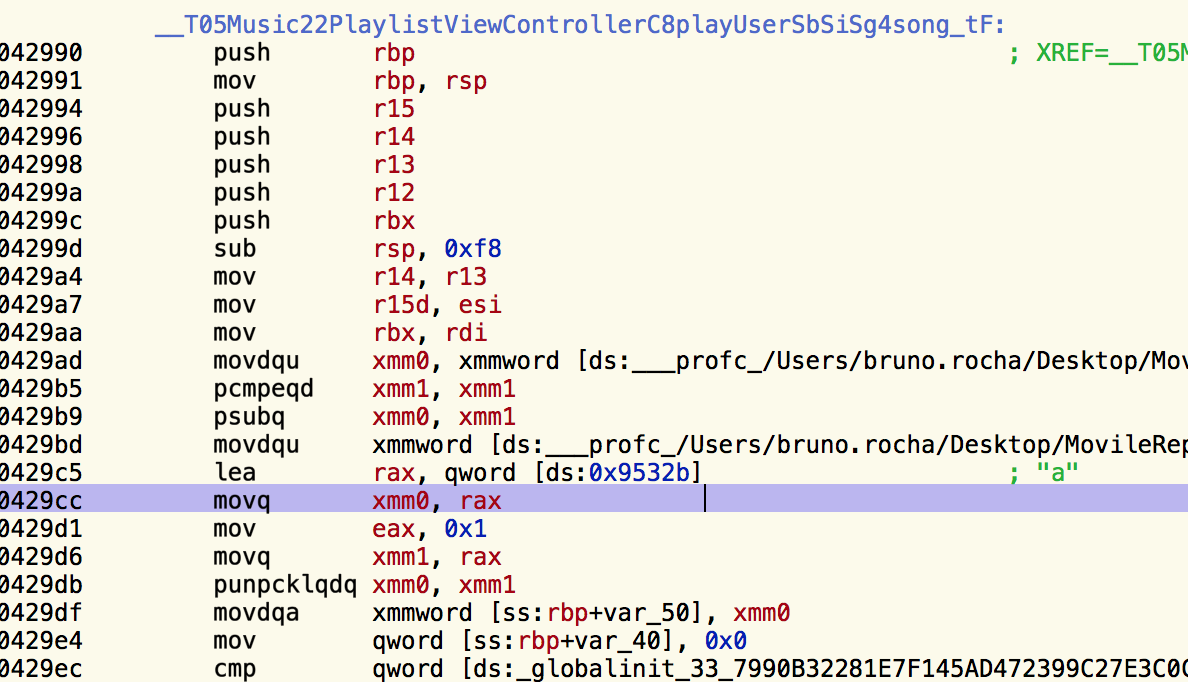 The same play(_:) method's assembly now contains no obvious reference to a subscription! The method call got completely replaced by the "complex validation" that happened inside of it, making the assembly look more cryptic and the subscription significantly harder to be cracked.

As a bonus, since every call to isUserSubscribed(_:) got replaced by the validation, there is no single way to unlock the app's entire subscription - a hacker would now have to crack every single method that does the validation. Of course, this also means that our binary got larger as we now have duplicated code everywhere.

Be aware that using @inline(__always) doesn't guarantee that the compiler will actually inline your method. The rules for it are unknown, and there are some cases where inlining is impossible, such as when dynamic dispatching can't be avoided.

Since @inline is not officially supported, you should really never use it in a real project and use this article only for the sake of learning something new.

However, I found it to be very useful and hope Apple decides to officially support it some day. If you are interested in more obscure Swift things, check out Swift's Source Code.