I have been feeling that Reddit is well on its way to taking away from 4chan the title of internet hate machine, because even when a subreddit is themed around happiness it takes little to no effort to find extremely hostile comment chains with complete strangers arguing about the most pointless things. I was curious to see what this looked like across different subreddits, so I decided to use Reddit's APIs and iOS's built-in sentiment analysis tools to visualize how negative a subreddit is.

This is not a new problem, and you can find many GitHub repos of people who've done similar things with Reddit comments in the past. I started this "project" by modifying this script made by hein-j, but I wasn't satisfied with the results being given by the usual Python NL frameworks. I thought they were being way too eager at saying that a subreddit was neutral when they're in reality notorious for being negative (maybe they're not the best at detecting passive-aggressiveness?), so I wondered if I could get better results by using iOS's NLTagger that has been available since iOS 12.

With a simple setup of extracting comments and running them through a Swift script, I grabbed a couple of popular subreddits, analyzed the comments of the top 10 submissions at the time and plotted the output by pasting the results in a Google Sheets doc. If you want to try this yourself and/or tweak the parameters, you can find the code I used at the bottom of the article. 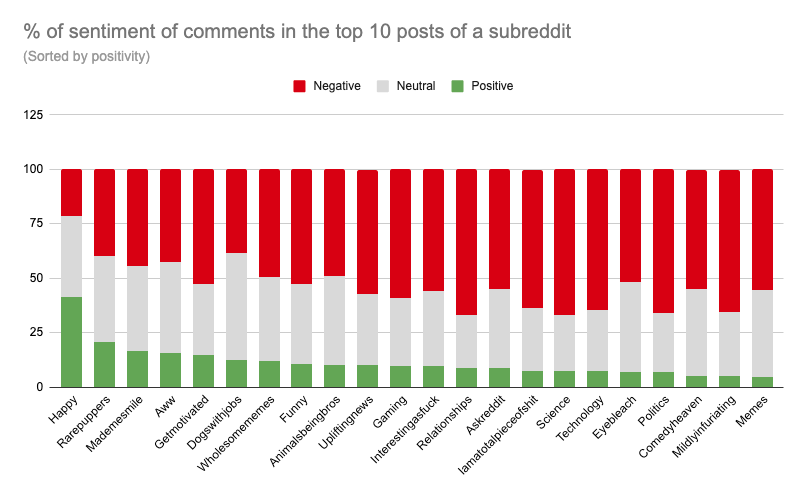 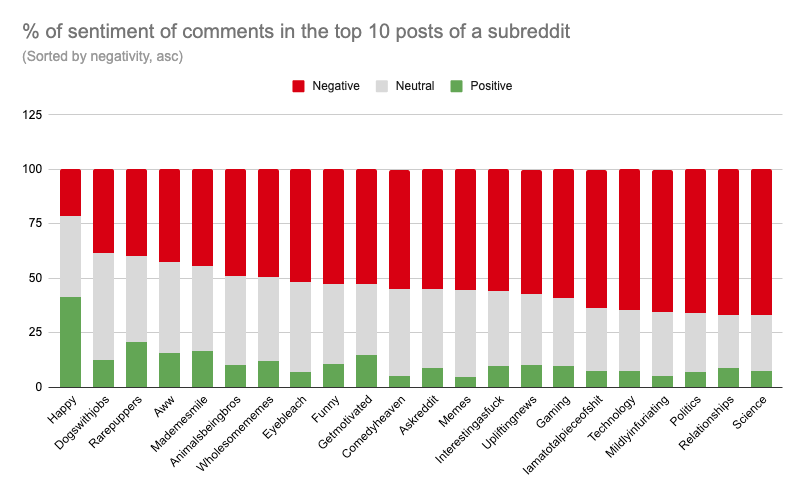 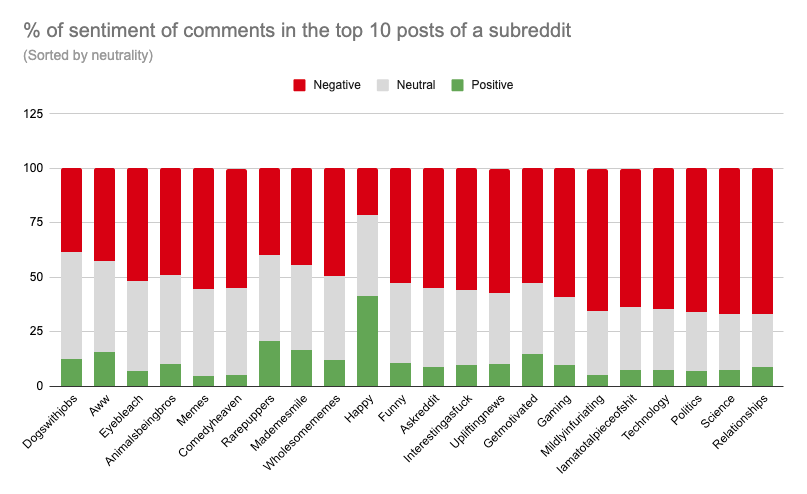 The purpose of the Python script is to connect to Reddit and dump the comments of a subreddit into a JSON file. The script requires praw and a praw.ini file in the project's root named bot with the following Reddit App parameters: client_id, client_secret, and user_agent. See here for help with creating a Reddit App and here for help with praw.

Make sure to modify the output path of this script before running.

The Swift part of the script loads the json files dumped by the Python script and runs them through iOS's NSTagger. Make sure to modify the input path and subreddits in the script to the subreddits you're analyzing.